A Letter to My Family: Where Do We Go From Here? 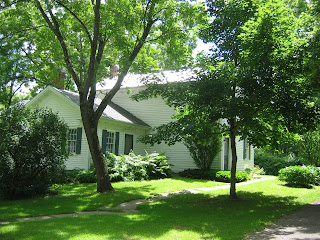 My family owns property in French Azilum Township, Bradford County, PA. Since July of 2008, our family corporation, which has about 150 members, has been engaged in debate about gas drilling. The gas industry has arrived in our valley, the Susquehanna River valley. Cousins, aunts, and uncles who used to be glad to see each other now dread the sight of one another. Our summer home we call Camp used to be a place of refreshment, peace, and tranquility. It has become a battleground, a war zone. I hope some people who specialize in social implications of gas drilling will do research and publish their findings. Family dynamics and neighbor-to-neighbor relationships are becoming more and more strained as gas drilling moves in. Here is a letter written by a family member which may cast some light on the complexities that many families face. The names have been changed to protect the innocent!

Dear Family,
Inspite of strong denials that we will ever be offered a gas lease of any kind, and inspite of strong assurances from Steve and Mona that there is no lease to consider (even though there was one offered last fall which has never been seen), and, if there were a lease, the Board of Directors, which now has complete control over any gas-related decisions, would likely not sign it for Camp, I remain concerned. Why? Because since the family meeting I have heard talk of consulting a high-powered attorney from Williamsport should we have a lease to consider. I guess I am supposed to be pleased about that, but I am not. Why? Because consulting a lawyer begs the question, "Should we even be considering doing this in the first place?" A lawyer, especially one who deals with gas leases for a living, is only going to look over a lease to make sure everything is supposedly in there that should be and advise some deletions, etc. But a lawyer is not necessarily going to counsel us on the rightness or wrongness of signing a lease. A lawyer is not going to make ethical or moral decisions for our family. We have to make those decisions first before we would ever go to a lawyer. We have to know what questions to ask. Otherwise we will open ourselves up for legal entanglements which will require many hours on the part of someone in our family to sort things out. Who will that person be?

So while Steve and others still adamantly claim that they are not necessarily in favor of signing a lease, nevertheless, their discussion of finding a lawyer indicates that the idea of a lease is still alive and well. I do not think that going to a lawyer comes close to doing our homework first. Just running a lease by a lawyer before signing may give some people a sense of security, but it is a false sense of security at best. Have any of you read about people who have signed great leases and still had major problems with gas companies? There is a myth going around our family which I have heard quite often that the only way we can cover ourselves against damage from gas drilling is to have a lease. This really has not worked well for a lot of people who thought a lease protects a landowner. It really protects the gas company first and foremost. Chesapeake Appalachia LLC, for example, can declare bankruptcy and skip town if the going gets rough, and its parent company Chesapeake Energy is not liable. The first thing a gas company does is deny responsibility for anything no matter what it is. Then a long process of legal proceedings ensues. The DEP has been known to come out of the gate talking tough, but then backs down. Some litigation I've read about has gone on for a decade or more. So perhaps a lease could eventually cover us down the road, but who in the Sam Hill is going to be around to collect the money? And in the meantime, if it involves water, who is going to fight to get a water supply put in at Camp? Gas companies have supplied water to some people after trying to avoid doing that, but it is not automatic, and it can take months to actually get a tank put in (which has to be maintained and filled up frequently). Talk to the people in Dimock just a few miles from Camp. They will tell you how their lives have turned into nightmares and things continue to get worse there as I write. I encourage anyone who would even consider any lease with any gas company to go to well sites locally in French Azilum (there are quite a few to choose from) or go to Dimock which is probably in the shape we will be in a few years from now, but they are already there. Nothing can compare with actually seeing what gas drilling really is and what it really looks like. Before any lease is signed, go see for yourself.

Frenchtown will be unitized soon (a unit is 640 acres). Your board will most likely be approached when this happens. So decisions will have to be made in the near future. There are agreements for wells, pipelines, rights of way for above ground water pipes, seismic testing, even compressors, meter stations, injection wells, all sorts of things which come with gas drilling. This is only the beginning. I, as probably everyone knows by now unless you have been living under a rock, am not interested in signing a lease or any agreement with a gas company. For one thing, we don't have to do it. And secondly, I want Camp to remain unattached to such an industry. Any money we would get, and there are no guarantees, would probably not make us more solvent in the future, at least long term. All we can do is protect Camp from the industry and make the drillers go around us. It is not good, no matter how you look at it, but at least we can say to our children and grandchildren, "We did everything we could to save and protect Camp from harm and destruction. "

Love to all,
Evelyn

IS YOUR FAMILY SUFFERING FROM THE GAS DRILLING INDUSTRY?
DEMAND ACCOUNTABILITY!
Posted by Peacegirl at 11:49 AM

Unfortunately, as you've shown, it has already reached the family vs. family, neighbor vs. neighbor stage. When the true impact of drilling and hydrofracking becomes evident to all, I see the rift growing wider. Penn's Woods was an awesome gift, and our ancestors were terrible stewards. We should do everything possible to protect what little we have left. Money is fleeting...

Don-
I appreciate your response here. The explosions from hydrofracking underground are severe enough to cause earthquakes. But what happens to families and neighbors, small towns and villages? The result can be equally as devastating to people. Unfortunately, as many are finding out, people don't matter to Big Gas. We're expendable. Unless we protect ourselves, no one is going to do it for us. Gas leases make us vulnerable to destruction below and above ground. I wonder which will be worse in the long run. When the true impact, as you have said, becomes known, what will be left of us? There is such a thing as "too late."