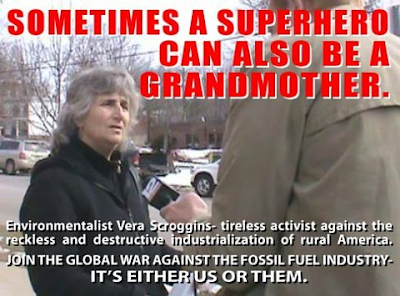 Vera Scroggins, a resident of Susquehanna County, PA, and a tireless, courageous, persistent journalist, has devoted a big part of her life to the education of the public and the pursuit of greedy gas drillers who put profits before human life and the environment and our future generations.  Will our grandchildren have a planet to live on which supports a healthy life?
Posted by Peacegirl at 2:42 PM 2 comments:

Vera Scroggins made this video yesterday.  She knows this area very well and tells us the names of the families who have farms and homes there.  She points out a dairy farm right next to the well pad.  The noise and chaos at this site gives you a very realistic sense of what an industrial site is like.  What if this were next to your home? It is insane.
Posted by Peacegirl at 11:17 PM 1 comment:

Run! Run! Run!: A Letter From the Mayor of Dish, Texas


"Run for your life! Run for the lives, health, safety and well-being of your family members and loved ones!  Run for the value of your estate!  There are billions of dollars under your feet, and people are coming to get it.  They do not care who or what they have to run over or through to get it.  It is an underground gold rush, with you or your property in the way."

"In September of 2011, I visited Ithaca, New York.  Two thoughts kept running through my mind in the several days I spent there.  One, I was glad to see this area up close before it gets destroyed.  Two, these people do not have any idea how much their world is about to change." 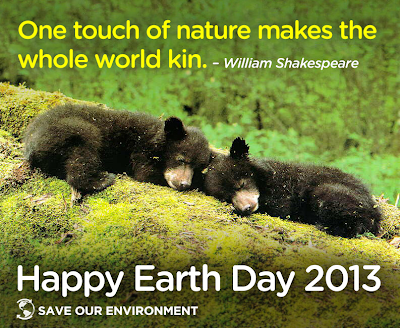 Posted by Peacegirl at 5:53 PM No comments:

Sandra Steingraber, biologist, ecologist, writer, cancer survivor, mother, and poet, is sitting in the Chemung County Jail today, Earth Day 2013.  Read her letter from jail here.  It starts like this:

This morning – I have no idea what time this morning, as there are no clocks in jail, and the florescent lights are on all night long – I heard the familiar chirping of English sparrows and the liquid notes of a cardinal. And there seemed to be another bird too – one who sang a burbling tune. Not a robin–wren? The buzzing, banging, clanking of jail and the growled announcements of guards on their two-way radios – which also go on all night – drowned it out. But the world, I knew, was out there somewhere. 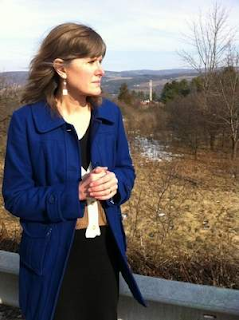 Latest news from Montana:  The ExxonMobil oil pipeline below the Yellowstone River burst late Friday night leaking oil into the river and contaminating the local waterway.

Alexis Bonogofsky, who lives on the river and has a farm,  said she could see, "birds trying to take off that couldn’t because of oil on their wings. I saw a spiny soft shell turtle dive into a glob of oil."

When is this nightmare going to end? Old pipelines are in need of replacement. They are failing, bursting, wreaking havoc.

Read the horrifying story here.
Posted by Peacegirl at 11:25 AM 1 comment:

Incredible vision has emerged from a natural gas pipeline explosion in Mexico that killed at least 26 people, showing just quickly the inferno ripped through the plant.

An accidental leak is thought to have caused the September 18 explosion at the Pemex natural gas distribution plant in Reynosa which caused a wall of three-storey high flames to rip through the distribution centre in a the blink of an eye. Footage shows trucks and workers coming into the plant on what appears to be a routine day. The plant, situated near the US border is operated by Mexico's state-owned oil company, Petroleos Mexicanos and the centre distributes gas to a processing plant next door which produces fuel. Eyewitnesses said the ground shook briefly before the pipeline exploded. These moving images show the impact of the blast which is followed by a cloud of thick black smoke and fire which engulfs the entire site in a matter of seconds. "We had to climb the wall from that side because the fire, the heat was reaching us," 18 year old worker Vazquez later told The Seattle Times. Towards the end of the one minute and thirty second clip, a worker can be seen crawling on his stomach under the flames as he attempts to move towards an outbuilding in an attempt to reach safety.

At least 26 people died in the explosion and the fire which followed and another 46 were injured in the blast. Ranches and homes within five kilometers of the site were evacuated, though emergency workers managed to bring the blaze under control before it could spread to the neighboring gas plant.
While gasoline and diesel pipelines are routinely tapped by thieves in Mexico, officials said it was rare for natural gas pipelines to be targeted by robbers.
Posted by Peacegirl at 6:23 PM No comments:

Here are some terrific videos compiled by PSEHealthEnergy concerning many aspects of the negative impacts of gas drilling.


About PSEHealthyEnergy
Physicians, Scientists, and Engineers for Healthy Energy is dedicated to supplying vetted resources and solid scientific information on issues surrounding unconventional oil and gas production, other novel forms of energy production, and the transition to renewable energy portfolios.

PSE Web site
DEMAND ACCOUNTABILITY!
In memory of Karen Korell
This was her mantra.﻿
Posted by Peacegirl at 12:40 PM No comments:

According to Eureka Resources, LLC, the new frack wastewater treatment plant in Standing Stone, PA, will not endanger the environment.  The gas company is planning to dump  discharge up to 200,000 gallons of water a day into the Susquehanna River.  Supposedly the discharged water will be clean enough to meet the standards for drinking water.  I take a really dim view of this opinion.  The types of water the plant will treat include "flowback water from hydraulic fracturing of gas wells and water that comes out of the well bore later on."

I thought this was interesting:  Eureka was planning to discharge treated water into King Creek, a tributary of the Susquehanna River that flows through the property where the plant is being constructed.  But residents that attended an informational session informed the Eureka officials that this creek dries up at times.  OOPS!!  So the company went to Plan B.  It seems to me that the fact of the creek running dry would already be known by a company looking for a source of water to dump treated wastewater into.  Why did this come as a surprise?  It makes me wonder what else they have not adequately researched.

I would like to see all the top executives of Eureka drink this "drinkable" water exclusively for a month and see how they make out with it.  Good luck!
Posted by Peacegirl at 12:12 AM No comments:

Dr. Tony Ingraffea: The Connection Between Hydrofracking and Climate Change

Dr. Ingraffea is the Dwight C. Baum Professor of Engineering at Cornell University, and has taught structural mechanics, finite element methods, and fracture mechanics at Cornell for 37 years. Dr. Ingraffea's research concentrates on computer simulation and physical testing of complex fracturing processes. He and his students have performed pioneering research in using interactive computer graphics in computational mechanics, and together they have authored more than 250 papers in these areas. He has been a principal investigator on more than $35 million in R&D projects from the NSF, NASA, Nichols Research, AFOSR, FAA, Kodak, U. S. Army Engineer Waterways Experiment Station, U.S. Dept. of Transportation, IBM, Schlumberger, EXXON, the Gas Research Institute, Sandia National Laboratories, the Association of Iron and Steel Engineers, General Dynamics, Boeing, Caterpillar Tractor, and Northrop Grumman Aerospace. For his research achievements he has won the International Association for Computer Methods and Advances in Geomechanics "1994 Significant Paper Award" for one of the five most significant papers in the category of Computational/Analytical Applications, twice won the National Research Council/U.S. National Committee for Rock Mechanics Award for Research in Rock Mechanics (1978, 1991), and the George Irwin Medal form the American Society for Testing and Materials (2006). He was named a Fellow of the International Congress on Fracture in 2009. He is Co-Editor-in-Chief of the premier journal in his field, Engineering Fracture Mechanics.

We have a choice between shale gas emissions of methane and black carbon into the air we breathe and the effect this has on climate change OR wind, solar, and water power which does not pollute. We own the wind, water, and solar energies. We don't have to fight over them. And we have the technology to go in that direction right now. It is even economically feasible. So what is holding us back?
Posted by Peacegirl at 9:28 AM No comments: