Fracking and all that goes with it is an assault on democracy.  It is corporations invading small towns, public forests, cities, anywhere they want, and doing whatever they want to the environment, air, water, soil, and public health.  Are we going to let it continue, or are we going to demand democracy?  Do we have the right to prevent the destruction of our communities?  Yes, we do!

Josh Fox appears at the beginning of the hour, so you don't have to watch the entire show.

One thing Josh said which impressed me:  In Pennsylvania, there are currently 6,000 gas wells.  The projection  is that eventually there will be 180,000 wells in PA.

So this is only the beginning.
Posted by Peacegirl at 9:46 AM No comments:

Dr. Theo Colborn speaks here about the effects of fossil fuel extraction, both vertical and horizontal drilling, and the dangerous chemicals that are released into the air during the drilling process.   Every time.   Methane is not the only or biggest worry.  Fear toluene and benzene!  The damage to healthy children is a big concern.
Posted by Peacegirl at 3:53 PM No comments: 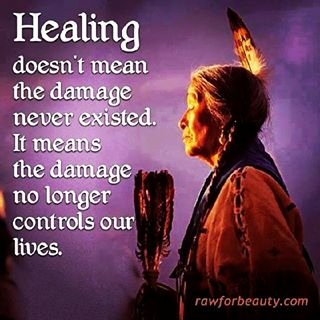 In honor of Vera Scroggins, photojournalist and documentarian, a tour de force, and a wonderful human being.   I thought of her when I saw this picture.
Posted by Peacegirl at 5:09 PM 1 comment:

The Kochs Love Money At All Costs

The Koch brothers want that Keystone Pipeline to become a reality.  Might it be because they stand to make $100 billion on that pipeline?  Yes, I think so!

Their smiling faces are chilling.

Posted by Peacegirl at 12:31 PM No comments:

Boomtowns a Nightmare For Law Enforcement 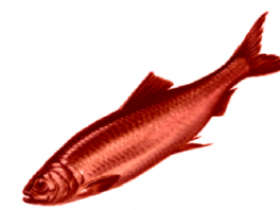 Police are increasingly unable to respond adequately to the enormous increase in emergency calls in areas where gas drilling is ocurring. This is a story from North Dakota.

The gas industry causes more problems than just fracking.  The industry would love it if we all continued ranting against fracking, and then poo-pooing that,  while the industry is causing all kinds of havoc in other ways.  The industry is skilled at fooling us and throwing out many red herrings.
Posted by Peacegirl at 12:09 PM No comments:

Last Hours: A Short Documentary by Thom Hartmann and others


"Last Hours" is the first in a series of short films that explore the perils of climate change and the solutions to avert climate disaster. Each subsequent film will highlight fact-based challenges facing the human race, and offer solutions to ameliorate these crises. The initial short film series will culminate in a feature film to be presented prior to COP21, the 2015 UN Conference on Climate Change in Paris.

An asset for the climate change movement, "Last Hours" will be disseminated globally to awaken modern culture worldwide about the various dangers associated with climate change.

"Last Hours" describes a science-based climate scenario where a tipping point to runaway climate change is triggered by massive releases of frozen methane. Methane, a powerful greenhouse gas, has already started to percolate into the open seas and atmosphere from methane hydrate deposits beneath melting arctic ice, from the warming northern-hemisphere tundra, and from worldwide continental-shelf undersea methane clathrate pools.

Burning fossil fuels release carbon that, principally through greenhouse effect, heat the atmosphere and the seas. This is happening most rapidly at the polar extremes, and this heating has already begun the process of releasing methane. If we do not begin to significantly curtail the use of carbon-based fossil fuels, this freed methane threatens to radically accelerate the speed of global warming, potentially producing a disaster beyond the ability of the human species to adapt.

This first video is designed to awaken people to the fact that the earth has experienced five major extinctions in the deep geologic past -- times when more than half of all life on earth vanished -- and that we are now entering a sixth extinction. Industrial civilization with its production of greenhouse gases has the ability to trigger a mass extinction; in the extreme, it could threaten not just human civilization, but the very existence of human life on this planet.

The world community and global citizens urgently need to chart a path forward that greatly reduces green house gas emissions. To take action and follow the pathway to solutions to the climate crisis, you can explore this website and you can also sign-up for future updates. Thank you.

"Last Hours" is presented and narrated by Thom Hartmann and directed by Leila Conners. Executive Producers are George DiCaprio and Earl Katz. Last Hours is produced by Mathew Schmid of Tree Media Foundation, and was written by Thom Hartmann, Sam Sacks, and Leila Conners. Music is composed and performed by Francesco Lupica.
Posted by Peacegirl at 2:55 PM No comments:

Video footage of Enbridge's 60-year-old tar sands pipelines, strung across the Straits of Mackinac, have never been released to the public. This past July, NWF contracted divers to obtain footage of those pipelines as a way to better understand the integrity and placement. This footage revealed that the pipelines are suspended over the lake bed, some of the original supports have broken away indicating the presence of corrosion and some sections of the pipelines are covered in large piles of unknown debris. The age and location of these pipelines is concerning enough -- it is clear that Enbridge needs to reveal a schedule for replacement. Unfortunately, instead of developing this schedule, Enbridge has increased the pressure and flow on these pipelines in order to ship more tar sands oil back into Canada. That increase in pressure has flown under the radar because Enbridge bypassed critical environmental permitting on the pipeline.

Please consider reaching out to your Senators and let them know that you're concerned about Enbridge's actions and disregard for the safety of the Great Lakes. Please push for a replacement of this pipeline and Environmental Impact Statement through a revised Presidential Permit.

This visual is evidence that our decision makers need to step in and demand a release of information from Enbridge and PHMSA.

Heightening our concern around this pipeline and the company that owns it: despite having cleared our dive work with the U.S. Coast Guard, several Congressional members, and Homeland Security, our staff and the dive crew had uncomfortable interactions with Enbridge representatives. As soon as our team set out on the water, we were quickly accompanied by an Enbridge crew that monitored our every move. This monitoring did not stop at the surface: Enbridge also placed a Remote Operated Vehicle (ROV) into the water to watch our team.

These actions and our video have raised our level of concern for the general operational behavior of this company and their overall safety culture—including the way they treat the concerned public living near their pipelines. If these aging pipelines rupture, the resulting oil slick would cause irreversible damage to fish and wildlife, drinking water, Lake Michigan beaches, Mackinac Island and our economy.

To make matters worse, the recent shutdown of our federal government has left communities and wildlife with an increased risk of oil spills and failed response because pipeline safety and responding agencies have been scaled back or closed all together. The recent oil spill in North Dakota, of approximately 800,000 gallons, is living proof.

- See more at: http://blog.nwf.org/2013/10/whats-the-condition-of-the-pipeline-beneath-the-straits-of-mackinac-video/#sthash.Untzj1Is.dpuf
Posted by Peacegirl at 12:36 PM 1 comment:

Check out Bill Huston's blog report here. You will find many maps and pictures (which I can't put up here easily!).  Well worth checking out for yourself.
If you are a member of the Hutchinson family, as I am, this compressor station is across the river from Frenchtown, not very far as the crow flies.  The air pollution from compressor stations is very significant. Also light and noise pollution.  But I am mainly concerned about the air quality.  Our property is not safe with a compressor station like this nearby.  But we may not smell or see anything.  It is there nonetheless.  Yes, we have been fracked on our property.  No, we don't have wells, but we have been fracked, if you get my drift.  Drilling is so much more than just fracking.  The industry would have us focus on fracking only, while it goes about its business of ruining the environment and our property forever.  No going back.
Links to more information:
Noise Pollution
Toxic Chemicals in the Air
Videos and more
And you can search this blog for many more posts from the last few years. Use the "Search this blog" feature.

Most NYers Do Not Want Gas Wells: New Poll 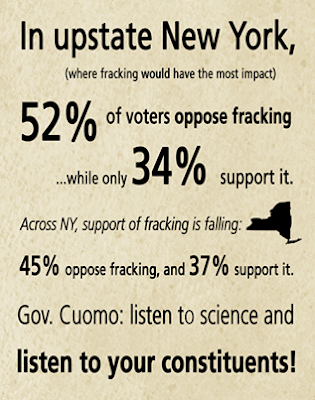