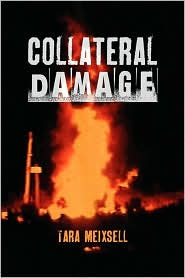 Credit is due to The Rocket-Courier, a Wyalusing, PA, weekly, and to journalist Wes Skilling, for covering this event and for providing its readers with crucial information on this important issue.
Posted by Peacegirl at 12:44 PM 2 comments:

Last week a waste hauler by the name of Robert Allan Shipman from Southeastern Pennsylvania and his company, Allan's Waste Water Service, were accused of dumping fracking wastewater and sewage illegally into local waterways and mine shafts.

How many times has this happened and was not caught?  It's a lot cheaper and easier to dump toxic waste when nobody's looking than to follow the law.  There are far too many wells and trucks involved in this unregulated industry to be able to inspect and keep tabs on everything.  It would be an effort in futility.

Recent information in the New York Times has revealed that drilling wastewater contains substantially higher levels of radioactive materials than previously disclosed.  Testing of drinking water for radioactive materials has been lax or non-existent at 65 public water intakes downstream from treatment plants that have handled drilling wastewater from the Marcellus Shale. It remains legal for drillers to spray drilling waste (flowback water) on roads in Pennsylvania for ice and dust suppression.  This waste eventually washes into streams.  Proper oversight and testing has not been done in the past, but now the PA DEP is starting to test water downstream from discharge sites.  It's about time.  But it is really too late in many cases.  There is a very high salt content in this waste.  The grass and plant life next to roads is dying and turning brown.

Visit msnbc.com for breaking news, world news, and news about the economy

Rachel Maddow tackles the subject of gas drilling.  Are there dangers?  YES.
Posted by Peacegirl at 6:00 PM 1 comment:

One man was killed and another received a major injury in a road accident.  Authorities said they appeared to be welders, and the truck door had a gas company name on it.

Our Family Home in Bradford County, PA, Is Class One for Pipelines

My family owns summer property in Bradford County, PA, right on the Susquehanna River, our beloved river.  Pipelines to service the invasion of the natural gas industry will soon cover our neighborhood like a bad spider web.  We are considered "Class One."  That means it is an area with fewer than ten homes within 220 yards on either side of the pipeline in a sliding mile.  A Class One area is UNREGULATED, meaning exactly what it sounds like: no state, federal, or local laws apply, no authority has jurisdiction and no one can levy or enforce safety or any other measures.

Well, I guess we are pretty much scr#@&*!   At the present time, according to a Rocket-Courier report, there are no setbacks required for pipelines from homes, play areas, or property lines.  A Mehoopany resident claims that, in addition, pipelines will not run along roadways and through center of towns, but rather be sited through fields and backyards.

So your water goes bad.  The gas company provides you with a 1100 gallon plastic container called a buffalo tank.  It sits attractively in your front yard.  But strangely it turns cold in the winter!  Water freezes.  You have no water for 15 days.  This was the recent experience of Jason and Janet Otis who live near Terrytown, PA.  Last August their water was ruined when a gas well was drilled about 500 feet from their home.  The problem, which doesn't really ever go away, is still making a shambles of their daily life.  The Otis family was initially enthusiastic about gas drilling in their neighborhood.  Now with no good water, they are in a quandry about the next step.  Should they sell their home to Chesapeake Energy Corporation?  Should they accept the offer of a filtration system?  They say that is the last thing they want.

Here is a response from Chesapeake Energy which refutes just about everything the Otis family is claiming:
LINK
Posted by Peacegirl at 2:58 PM 1 comment:

Terry Township resident Lynn Ottaviani can count herself lucky for surviving this crash without serious injuries or worse. She was driving west along Route 187 in Terry Township Sunday afternoon just as the hard rain was changing to snow and the roadway quickly turned icy. Lynn’s car ran out of control on a curve, left the roadway and snapped off a utility pole before careening over an embankment into a swollen stream. She escaped through the driver’s side window and was picked up by a passing motorist. Emergency crews who responded to the scene at first feared she may have been washed away since there were no footprints offering evidence she had scaled the creek bank. Her father, Dr. Robert Ottaviani of Camptown, eventually arrived on the scene and told emergency crews that his daughter had phoned him and was okay.

Is this an area we want gas wells drilled?  These floods are not uncommon this time of year.  Could this have been a gas drilling vehicle full of drilling waste?
Posted by Peacegirl at 10:34 AM 1 comment:

Song about Fracking by Cornpone Sally

"Tioga" is a beautiful, mournful song about the loss of a beautiful land that was once a sacred spot.
Posted by Peacegirl at 10:04 PM No comments:

Gas Industry Tells of Plans for 2011 in NE Pennsylvania

So what can we expect this year? How many gas wells will be put in? How many will produce gas for market? If you want to know what will be happening in Pennsylvania (the Northeast in particular), check this out.

Here is the text of the article from the Towanda Daily Review:

Chesapeake expects to have a total of 395 producing Marcellus Shale wells on-line by the end of 2011, of which 167 would be in Bradford County, he said.

By comparison, the company had 183 producing Marcellus Shale wells on-line at the end of 2010, of which 61 were in Bradford County, he said.

Chesapeake does not expect to have any of its Sullivan County wells on-line by the end of 2011, he said.

By the end of 2011, Chesapeake expects to be producing 250 million cubic feet per day of natural gas from its wells in Bradford County, Grove said.

Talisman said it plans on drilling about 100 net Marcellus horizontal wells in Pennsylvania during 2011, but declined to say how many of those wells would be in Bradford County.

“It is our policy to refrain from quoting statistical information about the future number of wells in any one county,” Mark Trencherman, Talisman Energy USA’s director of government and media relations, explained.

However, he said: “Currently, Talisman’s land position in Pennsylvania is concentrated in Bradford, Tioga and Susquehanna counties.”

Scheuerman also said that Talisman currently has 297 approved Marcellus Shale drilling permits in Pennsylvania, and that all but 18 of those permits are for locations in Bradford County.

“Chief has drilled over 100 Marcellus wells and at the end of 2010 was producing over 100 million cubic feet per day of natural gas,” she said.

So far, Chief has drilled wells in nine Pennsylvania counties, she said.


It makes one a little sick inside.
Posted by Peacegirl at 2:24 PM 3 comments:

Efforts by lawmakers and regulators to force the federal government to better police the natural gas drilling process known as hydraulic fracturing, or "fracking," have been thwarted for the past 25 years, according to an exposé in the New York Times. Studies by scientists at the U.S. Environmental Protection Agency on fracking have been repeatedly narrowed in scope by superiors, and important findings have been removed under pressure from the industry. The news comes as the EPA is conducting a broad study of the risks of natural gas drilling with preliminary results scheduled to be delivered next year. Joining us is Walter Hang, president of Toxics Targeting, a firm that tracks environmental spills and releases across the country, based in Ithaca, New York, where fracking is currently taking place.
Posted by Peacegirl at 7:00 PM No comments:


The environmental contamination and human health risk associated with the extraction of natural gas using horizontal drilling and hydraulic fracturing, or “fracking,” was little known across the United States for years, until a documentary film brought the issue to the national stage. Josh Fox directed the film Gasland, which chronicles the devastation affecting communities where fracking is taking place and the influence of the natural gas industry over regulation of the techniques and chemicals used in the process. The industry aggressively attacked the film, especially when it was nominated for an Academy Award this year.

Amy Goodman of Democracy Now! (seen on Free Speech TV, LINK TV, and online at democracynow.org) is a superb journalist who, in her words,  "goes where the silence is," and brings us the real news from all over the world.  Take a few moments to watch this interview broadcast on March 4, 2011. (The video here starts with Walter Hang of Toxics Targeting. Mr. Hang was also interviewed by Ms. Goodman on Friday.)
Posted by Peacegirl at 6:49 PM No comments:

Water from two gas wells in Tioga County, PA, with radium at nearly 700 times the levels allowed in drinking water went to nine muncipalities to suppress dust in 2009, according to state records. Read more.....
Posted by Peacegirl at 12:28 AM 2 comments:

When an explosion at a compressor station or gas well occurs, everyone does their best to deal with the emergency.  However, for the nearby residents, there is usually a period of time, hours, a day, when they live in fear.  They don't know what is happening until someone comes knocking at their door.  In this case, Stephanie Hallowich and her husband have had to go somewhere safe because their two young children were having nosebleeds and headaches even before this blast occurred.  They want to sell their home.  Any buyers out there?

See video here and here.
Read more here in the Pittsburgh Post-Gazette.
Posted by Peacegirl at 11:22 AM No comments: