Posted by Peacegirl at 4:01 PM No comments: 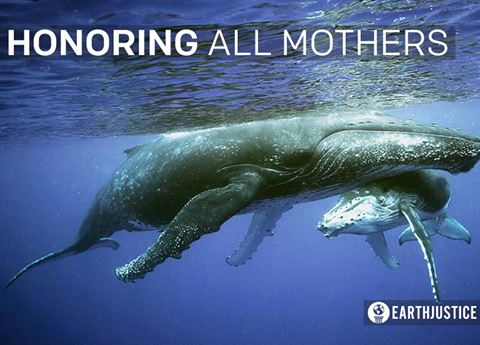 Free all captive animals. All sea mammals in Sea World, Marineland, all places that use marine mammals as entertainment for profit.
Posted by Peacegirl at 3:00 PM No comments:

The Intersection of Hydraulic Fracturing and Climate Change

Created by Developing Pictures https://vimeo.com/62563386
Posted by Peacegirl at 1:41 PM No comments:

Fracking Nightmare
Posted by Peacegirl at 7:18 PM No comments:

Gas Wells Do Not Belong Near Schools- or Anywhere 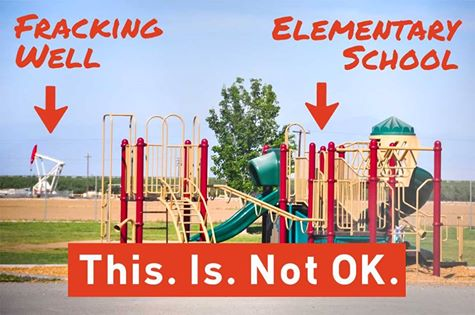 On Friday, we joined The Center on Race, Poverty & the Environment for a tour of fracking sites in California's Central Valley. This is an elementary school in ...Shafter, CA that is within sight of seven fracking wells -- and where about one in three kids suffers from asthma. The Central Valley has about the worst air quality in the nation, and climate change is making it worse.

It was sobering to witness how deeply fossil fuel extraction has impacted communities like Shafter, and it was inspiring to meet community members who are responding with resilience and determination. You can see more pictures from our trip here: http://on.fb.me/1nfptCW
Photo by Brooke Anderson Photography: Stills of Our Stories & Struggles.
Posted by Peacegirl at 2:40 PM No comments:

How Much Water Does It Take To Frack a Well?

In 2013, the average total water volume for a
fracturing event at a Pennsylvania unconventional
well site was 5,365,363 gallons - the equivalent
of 670 full tanker trucks.

The fracturing report for the DCNR well indicates
the following items were included in the fracturing
mixture:

Just remember: The water used in fracking is never ever ever returned to the hydrologic cycle and can never ever be used again for human use.  It may be recycled to be re-used in another frack job, but eventually even recycling is not enough to remove salt.  The frack water/waste must be disposed of.  But where?  Who wants it?
Posted by Peacegirl at 6:12 PM No comments:


Activists in Virginia have been fighting to keep fracking out of the George Washington National Forest only to have a train full of fracked Bakken oil derail and explode in Lynchburg, leaking crude oil into the James River, part of that crucial watershed.
This is not an isolated incident. Unfortunately it often takes a train or a well pad engulfed in flames to garner media attention, but from well casing failures and spills to truck accidents and pipeline explosions, this process is fatally flawed from start to finish. The industry tries to limit the definition of fracking to what happens under the ground, but we know it’s a full cycle of exploitation, from onsite contamination to dangerous transportation and waste disposal consequences.
We can’t let the industry isolate these incidents and the communities they effect. That’s why we feel compelled to show this devastating video of the week, to show that North Dakota and Lynchburg, Virginia aren’t far away when it comes to fracking. Knowing the truth about what is really going on is of the strongest tools we have. Please watch and share our video of the week.
-Lee Ziesche, Gasland Grassroots Coordinator
Posted by Peacegirl at 4:42 PM No comments: