What Is the Emergency Planning and Community Right-to-Know Act 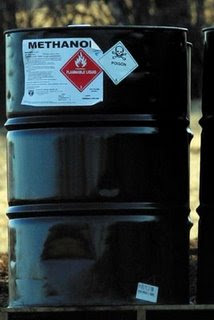 The Emergency Planning and Community Right-to-Know Act was enacted in 1986 to establish a process for informing people of chemical hazards in their communities. Companies are required to report the locations and quantities of certain chemicals stored, released, or transferred. Some of this information is made available to the public in an annual Toxics Release Inventory (TRI). Congress originally specified which industries were required to report to the TRI, but gave the EPA the authority to add or delete industries. The EPA was also given discretion to require reporting from any facility, based on criteria including the toxicity of the chemicals involved, proximity to other facilities that release a toxic chemical or to population centers, and the history of releases at the facility. While petroleum bulk stations, terminals, refining and related industries are required to report to the TRI, oil and gas exploration and production are not.

This information is part of testimony presented by Amy Mall, Natural Resources Defense Council, on the applicability of federal requirements that protect public health and the environment to oil and gas development. Ms. Mall appeared before the Congressional Committee on Oversight and Government Reform, chaired by Henry Waxman, on October 31, 2007. On that day, the NRDC released a report entitled, “Drilling Down: Protecting Western Communities from the Health and Environmental Effects of Oil and Gas Production." This report discusses hazardous materials that can enter the environment during oil and gas exploration and production, the loopholes in federal laws that allow industry to legally release these contaminants into the human environment, and the technologies readily available to control pollution and minimize toxic waste in order to reduce any impacts to human health.

Summary: The oil and gas industry has expanded rapidly during the last decade in the United States, particularly in the Rocky Mountain region, and predictions call for that trend to continue. Oil and gas production is a dirty process; many of the steps involved can be sources of dangerous pollution that can have serious impacts on the region’s air, water, and land—and on people’s health. Despite the number of dangerous materials involved in oil and gas production—and the frequent proximity of these operations to residences and other community resources—the oil and gas industry enjoys numerous exemptions from provisions of federal laws intended to protect human health and the environment.

DEMAND ACCOUNTABILITY!
Posted by Peacegirl at 9:07 AM