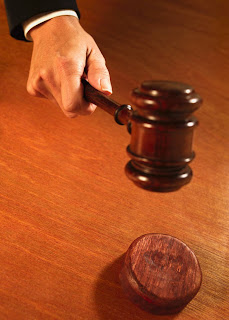 Tomorrow one Pennsylvania landowner from Susquehanna County will take his grievances to the state Superior Court. More than 70 lawsuits have been filed in federal and state courts by plaintiffs seeking a judgement that the leases signed were never valid. The issue is all about royalties. The state law requires that all land owners receive 12.5 %, or one-eighth, minimum royalty from the production of oil and gas on their land. The controversy arises when gas companies subtract costs, such as taxes, assessments, or transportation, BEFORE paying the 12.5 % royalty. Is this a violation of state law? The land owners say yes. And they feel that the gas companies came in and took advantage of them at a time when very few people knew anything about the Marcellus shale. However, the law does not define "royalty" in clear terms. Is it before or after expenses? David Fine, lawyer for two gas companies, maintains that it is standard language in leases to deduct costs, but this is disputed by land owner advocates in PA and elsewhere. Two cases in lower courts rendered different legal opinions. Mr. Fine asked the state Supreme Court to take up an appeal, Kilmer vs. ElexCo, immediately in hopes of settling this question for all future cases. One problem is that records of oil and gas leases dating back to the royalty law of 1979 are kept in county courthouses, often in arcane filing systems, making it very difficult to know how many land owners and leases would be affected.

DEMAND ACCOUNTABILITY!
ARE LEASES WORTH THE PAPER THEY ARE WRITTEN ON?
Posted by Peacegirl at 11:49 AM

All of you who are against it do not know what you are talking about ! Get your facts straight ! I am a title abstractor (search the County records for the Oil & Gas owners') for Oil & Gas Brokers. Your property will not be ruined ! Unfortunately, many many, years ago, fly by night companies trashed property and left a mess and have given the reputable companies a bad name and has left landowners with a bad memory. You have heard the old saying "one bad apple can spoil the whole bunch". Thats what the DEC is for. They are here to protect not only the environment, but also your property. Sign the lease but don't settle for just a few bucks !

Does anyone know the outcome of this case? Was it ruled on by the PA Supreme Court yet?
I wonder if Anonymous has changed their view now that the Dimock debacle has occurred? Nine and half square miles of ruined aquifer. And who knows what is really taking in other drilling areas?Everywhere this industry moves lawsuits and ruination follow.

Supreme Court ruled against the landowners and side with the OGCs.