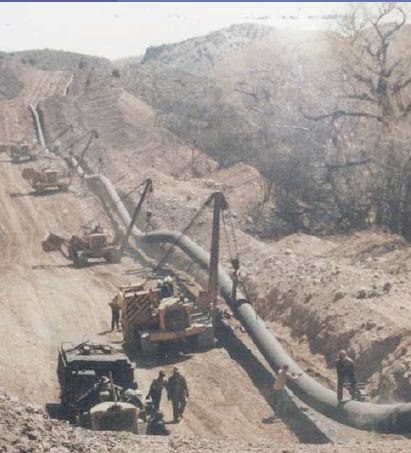 The private company planning to buy Philadelphia Gas Works has promised to upgrade the city’s aging and leaking pipelines. A new report by SNL Energy shows just how big that task could be, ranking the city’s utility second worst in the nation for pipeline leaks.

The firm looked at data from the federal Office of Pipeline Safety showing that in 2012, PGW reported 5,464 leaks over its 5,762 miles of gas mains and service lines. That’s a rate of roughly one leak (0.95) per mile. PGW came in second to New York’s Con Edison, which reported 7,328 leaks over 7,301 miles of pipelines. Pittsburgh-based People’s Natural Gas ranked fifth.


Your Guide to Pipelines in Pennsylvania

Thousands of miles of new pipelines in Pennsylvania will have to be built to transport Marcellus Shale gas. The new pipeline construction will benefit those in need of jobs, and the companies that do the building. But some residents and local politicians worry about the environmental impacts, and say the current regulatory structure needs updating.

Nobody knows how many miles of pipeline already exists in the state. That’s because Pennsylvania does not have one regulatory authority that oversees intrastate gas pipelines. In fact, out of 31 states that produce natural gas, Alaska is the only other state, besides Pennsylvania, that doesn’t.
Posted by Peacegirl at 9:37 AM