I Was Thirsty, So I Poured a Glass of Water and Drank It: I Didn't Know It Was Bad! 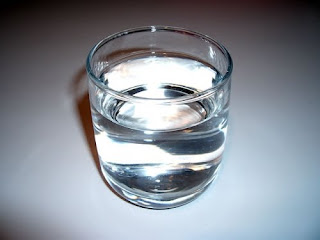 It was a simple thing. Pouring a glass of water from the faucet at Ned Prather's cabin near DeBeque, Colorado. Ned was thirsty, so he drank the water fast- right down the gullet. He drank about two thirds of the water when he began to feel strange.

His throat burned. His head pounded. His stomach hurt. He felt like he was going to suffocate.

Tests would later show the water from a spring he has drank from for decades was heavily contaminated with a carcinogenic and nervous system-damaging chemical stew known as BTEX- benzene, toluene, ethylbenzine and xylene. This was reported in an article in the October 11th issue of the Denver Post. BTEX and other volatile organic compounds come to the surface from oil and gas wells. [ For information on chemicals used in the gas drilling industry, click here.] The Endocrine Disruption Exchange did an analysis in 2007 which listed 245 chemicals used in natural gas development and delivery, 92% of which have one or more adverse health effects, the most common being skin and sensory organ toxicity, respiratory problems, neurotoxicity, and gastrointestinal and liver damage.

Last year, according to the Denver Post article, there were 206 spills in Colorado connected to or suspected in 46 cases of water contamination. This calls into question those who claim there has NEVER been a case of water contamination reportedly caused by gas drilling activity. In fact, since 2003, there have been around 300 cases in Colorado. What causes this contamination? Records show BTEX has seeped into water wells when gas well casings give way.

Eighteen wells are located within 3,000 feet of Mr. Prather's spring. An abandoned sludge pit of bad smelling production water sits on one hill above his cabin. The winter before his spring became contaminated, there was a huge diesel spill caused by a spigot accidentally left on. There are pipelines buried all over the hillsides near his cabin, some as old as three decades. Read more on pipelines here.

No one can accuse Ned Prather of being anti-gas drilling. He and his three brothers used to work for Occidental Petroleum, a company which is ironically under notice for allegedly contaminating a spring that runs on the other side of the Prather cabin. But Ned is understandingly frustrated. His spring water still stinks- an odor described as a cross between diesel fuel and permanent-wave solution. (This blogger notes: Having had many permanents in my life, I cannot imagine my water smelling like that.) Ned has supported Big Oil and Gas, he says, but he is angry now. He says the oil and gas commission in Colorado is not doing their job. The Prathers are afraid to drink water even from a new spring provided by the gas companies involved.

Prather is still unsettled about his health as well. He wonders about the effects of the tainted water even now after 16 months. When he drank the water, he had to wait 18 days before he could find out what was in the water! When he got the test results, he was advised to continue to get his blood monitored to check for liver or kidney damage. And another effect is already a fact: His business as an outfitter is done for.

Hunters don't want to stay in a cabin with suspect water or to harvest deer and elk they fear could be drinking contaminated water.

Perhaps the most heartbreaking effect is this: The Prathers say their children and grandchildren no longer want to come to the cabin.

This is the thing. Me and Dollie, we were going to leave this to our grandkids one day.