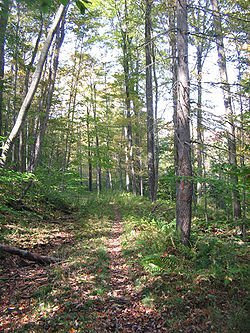 If ever there was a question about the need for citizen watchdogs, this latest mishap should clear that up. Someone who was paying attention last week called the DEP to report discoloration of water in a tributary to Lycoming Creek in Lycoming County, PA. At first it was thought to be a sediment problem in the creek. The DEP investigated on Friday, July 24th. On Monday, July 27th, the DEP received a report of possible natural gas bubbling from the tributary.

The gas drilling company, East Resources, is now monitoring 18 private wells in the nearby area and is providing water to four homes. They are also monitoring methane levels in the homes.

One resident has been evacuated, and some local roads have been closed by state police. East Resources began flaring the Delciotto #2 well on Monday to reduce pressure from the natural gas, and it will most likely flare two other wells. It is thought by industry representatives that the gas leak was caused by a casing failure. Two teams of consultants from Penn E & R were sent to the area on Thursday to help to monitor the situation. The Departments of Public Safety for Lycoming, Bradford, and Tioga counties are lending their help as well. The gas leak is by no means corrected yet although some progress is being reported.

An enormous amount of effort is being required at this one site of a drilling accident. With hundreds and thousands of wells being drilled, how many more accidents will occur and when will the personnel needed to respond reach full capacity until there will not be enough emergency aid to go around? Will the public be protected against these dangerous events? And who will pay for the response teams? American taxpayers, of course. Don't be too sad about East Resources which spent a lot of money on these wells in McNett and will now have to abandon them. It is fortunate that so far no one has been hurt or killed.

Read the entire article in the Towanda Daily Review here. Another article appears in the Canton Independent- Sentinel here.

DEMAND ACCOUNTABILITY!
The photo above is Old Loggers Path in McNett.
Posted by Peacegirl at 8:45 AM