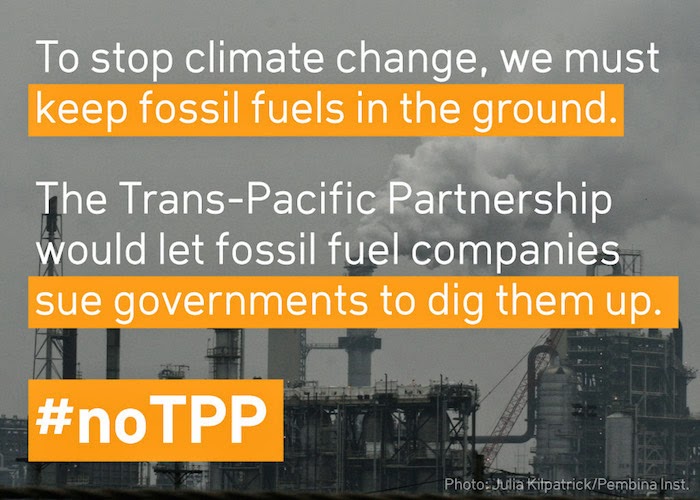 TPP could also be used to attack worker's rights, and so many other things that matter. For instance, if New York finally raises the minimum wage to $15, multinational corporations could sue the state and make taxpayers pay for lost profit. Every major organization fighting for economic justice for workers opposes it.﻿
Posted by Peacegirl at 10:07 AM