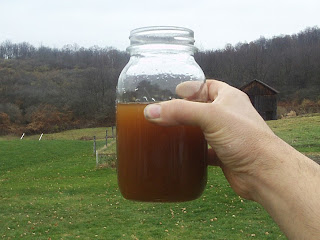 In a rare instance where he sided with drillers over environmentalists, House Energy and Commerce Committee Chairman Henry Waxman Wednesday squelched an amendment to proposed water safety legislation that would have imposed chemical disclosure requirements on hydraulic fracturing, saying he wanted to wait until a federal study is completed in 2012 on the groundwater impacts of the controversial procedure, which is vital to the booming shale gas industry. Waxman’s action comes amid growing indications that the congressional Democrats and the Obama administration are counting on plentiful and cheap shale gas to provide a low-cost means for utilities to cut their greenhouse gas emissions by switching to cleaner gas-fired generation. However, his move to quash the hydraulic fracturing amendment is somewhat surprising because it is sure to anger some environmentalists who say communities near shale gas fields are entitled to know what kind of chemicals drillers are injecting into the ground.

Indeed, Waxman himself has questioned what substances are used in hydraulic fracturing, and recently released information obtained from a few drillers showing they injected diesel fuel underground. Waxman (D-Calif.) sidelined the hydraulic fracturing legislation during an Energy and Commerce Committee markup of the so-called “Assistance, Quality, and Affordability Act” (H.R. 5320), a bill he introduced to reauthorize and boost funding for various Safe Drinking Water Act (SDWA) programs.

The amendment  to the bill (H.R. 5320) proposed by Rep. Diana DeGette (D-Colo.) would have required companies employing hydraulic fracturing to disclose to states—or to the Environmental Protection Agency in some cases—the chemical constituents used in the so-called “fracking” process. Hydraulic fracturing involves injecting chemicals, water and sand into subsoil rock formations to open up cracks and seams, making it easier to suck out gas and oil. DeGette’s amendment is similar to legislation she introduced with Rep. Maurice Hinchey (D-N.Y.)—whose district is near the red-hot Marcellus Shale—dubbed the Fracturing Responsibility and Awareness of Chemicals (FRAC) Act.

The industry says hydraulic fracturing, currently regulated at the state level through a patchwork of varying rules and regulations, is absolutely essential to developing the nation’s burgeoning shale gas resources and has been used safely for decades. However, environmentalists charge that injecting additive-laced water underground has been shown to despoil groundwater and harm nearby crops and water bodies.

DeGette said her proposal was “reasonable” in that it would protect the proprietary formula of fracking fluids that each drilling services company uses and allow reporting to the states, which the industry says it prefers to federal regulation. DeGette also said her amendment was critical in that hydraulic fracturing is currently only regulated in three states: Colorado, Pennsylvania, and Ohio. However, industry officials dispute that, citing at least 18 states that require various levels of reporting. However, Waxman told DeGette her amendment was premature because EPA has just begun a two-year study of hydraulic fracturing that is far from complete. He noted that the committee’s subcommittee on oversight and investigations also has a study underway. Waxman asked DeGette to drop her proposal, saying: “We need to learn more. “I understand what the gentlelady is proposing,” he added. “Hydraulic fracturing is a technique that merits our attention. EPA is studying the technique’s effect on drinking water and, as you well know, this committee is conducting its own investigation. “This is an issue that merits further consideration and now is not the right time for this change,” said Waxman.

However, Waxman recently released troubling information uncovered during the initial phase of a probe he launched into hydraulic fracturing. Waxman in February said he received information from Halliburton Co., Schlumberger Ltd. and BJ Services Co. that shows that at least Halliburton and BJ Services continued to use diesel fuel in their fluids between 2005 and 2007 as well as xylene, benzene and other chemicals regulated under the SDWA because of their toxicity. Waxman fired off letters to the companies as well as five smaller gas services firms seeking updated data on the types and volumes of chemicals the companies use in unconventional oil and gas production and information on how they dispose of their chemical-laden waste water. While noting the key role of hydraulic fracturing in the development of massive U.S. shale gas resources, Waxman said in a statement at the time that the gas industry “must ensure we are not creating new environmental and public health problems. “This investigation will help us better understand the potential risks the technology poses to drinking water supplies and the environment, and whether Congress needs to act to minimize those risks,” Waxman said.

DeGette agreed to drop her amendment, but said she plans to attach “compromise language” to H.R. 5320 before it reaches the House floor for a vote. DeGette said she did not see how her amendment would stand in the way of the studies. “We have been contacted… in the last few days by several representatives of the oil and gas industry, which believes that there is compromise language that we can reach,” said DeGette. “But based on the chairman’s request and these ongoing negotiations… I will be happy to withdraw my amendment at this time,” said DeGette.

Waxman said he was willing to work with DeGette and the committee’s ranking Republican, Rep. Joe Barton (Texas), on the compromise language in the coming days. However, several GOP lawmakers on the committee hotly contested DeGette’s amendment, saying such a proposal is unnecessary. They expressed doubt about claims by green groups and some congressional Democrats that fracking fluids have been shown to leach into groundwater. Barton said increasing federal oversight of hydraulic fracturing would be “detrimental” to the industry and that “states have done an outstanding job of regulating” the practice.

Click on this link for the above article.  http://www.theenergydaily.com/publications/ed/4461.html

Read Natural Gas: DeGette withdraws fracking amendment  (Greenwire, 05/26/2010)
Colorado Democrat Diana DeGette withdrew a proposed amendment on May 26 from House water legislation that would have expanded regulation of a controversial oil and gas production technique some say has contributed to groundwater pollution......
Posted by Peacegirl at 1:36 PM